Freeze Your Fat Away 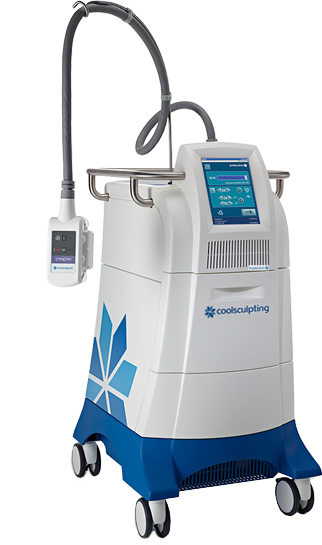 Coolsculpting freezes your fat away!

Coolsculpting Fat Removal freezes your fat cells away by cryolipolysis. CoolSculpting was developed by renowned scientists of Harvard University and Massachusetts General Hospital, the FDA-cleared procedure known as CoolSculpting uses patented cooling technology to eliminate fat cells, without surgery, and little to no downtime. The reduction in fat cells in the treated area provides noticeable, and lasting results to help you look and feel your very best.

It is impossible to exercise or diet your stubborn fat away. Especially in your love handles and stomach (pooch) area. It doesn’t matter how intense your workout or how strict your diet is, you can’t remove stubborn fat from those areas. At least that is until now, introducing Coolsculpting, the smart way to get rid of your stubborn fat! You can reduce those stubborn areas without the traditional methods like diet and exercise?

Our licensed NY State Estheticians follow the direction of our Medical Director, Jack Bertolino, M.D. Our staff at Buffalo Laser Spa has mastered our light based technologies to administer a safe and comfortable procedure which provides you with results that you’ll absolutely love. Within one treatment, you’ll be on your way to achieving the sleek, toned body that you’ve always dreamed about. If you want better results try our exclusive, Coolsculpting Fire and Ice Fat Removal Program.

What areas can we treat with CoolSculpting? 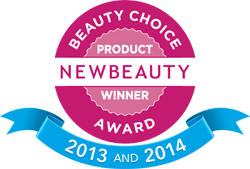 After one session, the treated area will gradually appear smoother and more toned over the course of the following four to six months. The majority of the frozen fat cells will naturally work their way out of your body in the first two months, but many see some fat reduction after just four weeks!

CoolSculpting uses controlled cooling to target and freeze away fat cells. Developed by scientists at the Wellman Center for Photomedicine at Massachusetts General Hospital, it’s the only FDA-cleared fat freezing technology. The treatment is safe on your body – but tough on stubborn fat.

A session lasts only 35 minutes, making it quite possibly one of the best-used time of your life. Many report feeling a burst of cold air, followed by very mild pressure. During their session, some guests read, get work done – or even sleep!

Buffalo Laser Spa employs top licensed medical and professionals. While it’s an innovative technology, our staff members are very familiar with the process, and can even give you insight into the amazing results they’ve experienced first-hand.

How does CoolSculpting work?

With each session you are able to decrease the number of treated fat cell by about 20%. Each additional treatment further enhances your results, ridding you of an additional 20% of the treated fat cells per session. With CoolSculpting at Buffalo Laser Spa, it’s easy to sit back, relax and reduce your stubborn fat.

How much does CoolSculpting cost?

The price for CoolSculpting procedures varies depending on your areas of concern, the number of treatments needed, and your ultimate goals. The cost can be as little as $600.00 up to several thousands of dollars for a personalized treatment plan depending on the number of areas treated. It is impossible to quote exact prices over the phone or the internet because everyone’s bodies needs are so different. We can usually get a complete plan to you at your consultation within 15-30 minutes.

HOW FAT CELLS ARE FROZEN

A method of fat removal, liposuction is a surgical procedure that requires individuals to undergo general anesthesia. It works by using large tubes to pull or suck out fat from targeted areas of the body, leaving individuals with immediate results. However, it’s an invasive procedure and can require up to several weeks of sometime painful recovery. CoolSculpting doesn’t require surgery, is completely non-invasive and has no downtime. 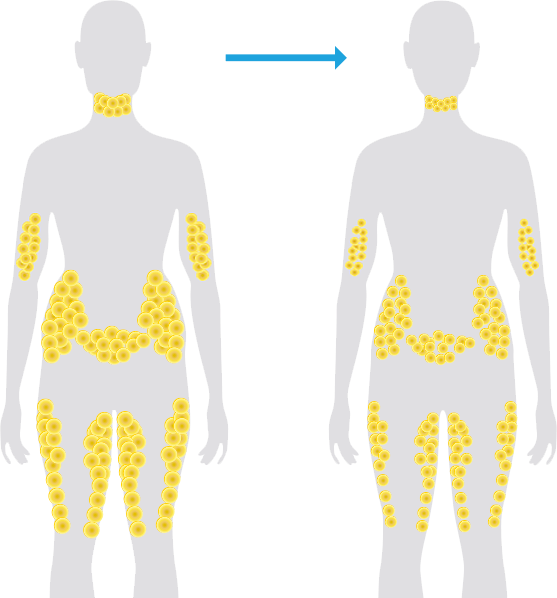 FAT CELLS AFTER THE COOLSCULPTING PROCEDURE 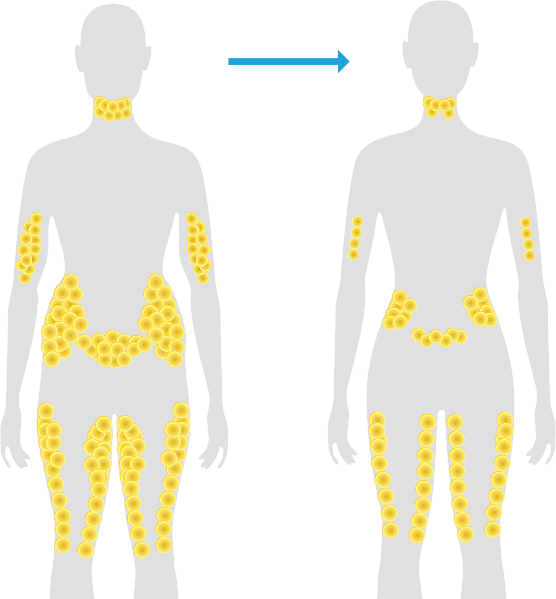 The CoolSculpting fat-freezing procedure actually reduces the number of fat cells in treated areas by about 20% to 25%. These fat cells are naturally processed and eliminated, so they won’t migrate to another area of your body. And, unlike what happens with other procedures, there’s no change to fat cells in untreated areas.*

Q: What does CoolSculpting feel like?As the cooling begins during the first few minutes, you will feel mild pressure and intense cold. This soon dissipates. Many people read, watch videos or play games on their phone, work on their laptop, or even take a nap during their Coolsculpting treatment.Q: When will I see CoolSculpting results?You may start to see changes as quickly as four weeks after your treatment, and will experience the most dramatic results after two months. Your body flushes out fat cells and continues doing so for up to four to six months after treatment.

Q: What happens if I gain weight down the road?

Many people, after seeing the results from their CoolSculpting procedure, use the Coolsculpting treatments as a kickstart to a better healthy lifestyle. However, if you do gain weight, you may gain it evenly all over your body, not just in the treated areas. You will however have fewer fat cells in your treated areas, so most patients see increased tone in treated areas, even after gaining weight.

Q: How many treatments are necessary?

Many see results after just one treatment, but others may need a few to reach their specific goals. Our trained staff member will help guide you to a customized plan that is right for you during your initial consultation in which treatment areas and the number of sessions will be determined.

Q: What are the risks of the procedure?

Typical side effects are minor and rare but can include temporary redness, swelling, mild bruising, firmness, tingling,tenderness, cramping, aching, itching, or skin sensitivity. These effects are temporary and generally resolve within days or weeks.

Q: What happens to the frozen fat cells?

After the fat cells are targeted and frozen, your body naturally and gradually sheds them. They become processed and eliminated on their own over the course of six months. Unlike with diet and exercise, fat cells actually die and are permanently gone from your body with the CoolSculpting procedure. You’ll literally freeze them away and be left with a toned, firm body!